Home › Tuesdays with Ted › Ted Shares One of his Proudest Moments

Ted Shares One of his Proudest Moments

Last week, Ted talked about his one-on-one encounter with the Phillie Phanatic and how rowdy the Philly fans can be.  This week, our eggcelent discussion turned to his proudest moment in the suit and the people who inspire him to keep putting on the feathers … 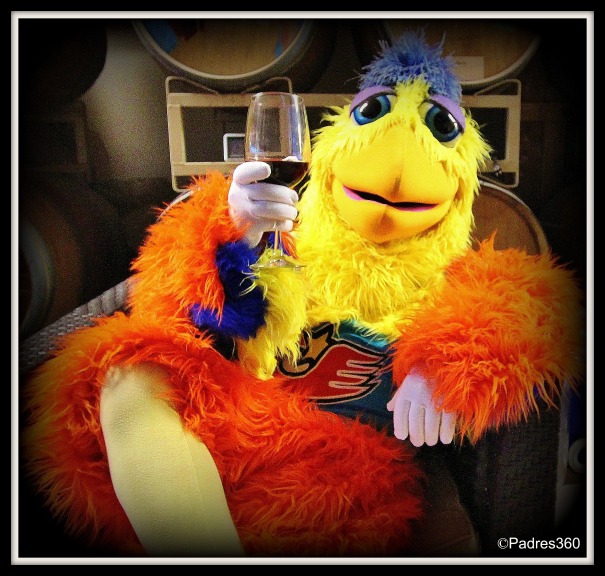 Padres360:  Well, what do you think is one of your proudest moments?

TED:  My proudest moment? Let’s see. Again, that watershed moment at Jack Murphy Stadium of the Grand Hatching, I was very, very proud of that. I was very proud of I have to say, the closing of Qualcomm. When, was that 2003?

TED:  2003. Padres invited me to come in. And they had already sold out the Saturday and Sunday night. But they hadn’t sold out Friday night. And I was on the road and the president of the team calls me up and said, “Ted, can you come in? Can we book you for the last Friday night?’ So “Yeah,” I said. Great. We set it up. I went in, booked it up. And we didn’t quite sell it out because we promoted it well but we had 45, 46 thousand. And back then, the old Murph would hold 60,000. We didn’t quite sell it out because fans assumed that I was going to be there Saturday and Sunday. They didn’t’ come out for the special final Chicken performance at the Murph, for Padre Murph. I’ve been in for the Chargers but not the Padre’s Murph night. And we went in there and it was a crazy, most enjoyable night. The fans, the standing ovation coming out. Let’s put it this way, it was a Chicken performance with a ballgame around it, the way the fans responded.

And I was so proud of that, how the fans were just… they knew it was the last performance of The Chicken at the Murph for the Padres. And how they responded, it was such a warm and crazy night. I remember there was a controversial play one inning, about the fifth inning, where Bruce Bochy runs out to talk to the umpire about a deal. And you could hear the fans and I wasn’t going to go out as long as this argument was going on. It was a mild argument. Nobody got thrown out. But I got the sense with the fans, the fans were almost saying, “Bruce, get over this so The Chicken can get out there and do his bit.”

And ironically, it was with the first base umpire that Bochy was having a discussion with. And Bochy exited the field finally and I went out there and did it. And I remember asking the umpire, “Is this a good time to do this? Can we do this?” He says, “Oh, yeah. Don’t worry. It was mild. It was no big deal.”  But I got a sense with the fans. It was a banked [then played] first base, a game against Colorado, meant nothing in the standings. Win or lose, nobody was moving in the standings. Nobody’s draft position was changing. That was it. Everybody was locked in. they’re just playing a game. It had all the feel of a spring training game. Bruce goes out there to argue the call. And I remember the fans, just a sense. I remember looking up from the dugout there and fans going, “I hope he gets over this fast, Chicken, so you can get out there.”

You weren’t with me at the time.

DAVE:  No. My good friend Mike was. We always trade stories about Chicken nights.

TED:  Right. And he got a sense. But that’s how, it was a Chicken Night. Oh, by the way, there was a ballgame too that night. But that was, I really put that right up there next to the Grand Hatching as one of my favorite Padre appearances. It was animal house. It had all the feel of animal house. The players were absolutely fantastic.

And as they do, all the players get one too. And I’m in the locker room of the Rockies going over gags and routines I want to do with them. And they’re very good about it. They’re absolutely fantastic. And I remember Larry Walker being the first one to come and he says, “Chicken, will you sign my bobble head.” I said, “Oh I didn’t know they gave you one.” And I started signing it. And all the players lined up behind him.

TED:  Right there in the middle of the locker room signing every one after going over the bits that I wanted to do with the players. A lot of people don’t know that. I go in to the visiting locker room and I say, “Hey, I got this idea, that idea. Can you help me out?” They say, “Okay, yeah.” So that was a great moment. That entire evening was so fun, so fun, the last night at the Murph.

Padres360:  When you finally decide to hang up the suit, will your last game be at Petco?

TED:  It has to be. In fact, it should be like the last weekend of games at the Murph.

TED:  But that’s something I don’t know if it’ll ever happen five years from now. I don’t know if I’ll ever give it up. I might be like Charlie Chaplin and still put on the little tramp outfit for old times’ sake. But hey, where that is, I don’t know. I went to see The Rolling Stones. I saw Mick Jagger 70 years old.

TED:  I was blown away. Who can move like that at 70 years old? Sing like that? The showmanship, the musicianship. My god almighty, it can be done! He’s proving it. It’s amazing. So I don’t know where the end happens. I don’t know where that is. But yeah, I saw him up in Anaheim in May. Oh, what a show. I never miss that.

TED:  Let me tell you, it’s the greatest single entertainment act in the history of mankind, The Rolling Stones concert.

TED:  It is beyond belief. These guys do not lip-sync. They don’t pull a Madonna on you. They go out and they sing it. And they play it. And the musicianship and the energy, and it goes two and a half hours.

TED:  It’s staggering. When they were here at Petco, it was maybe the greatest concert experience, entertainment experience of a lifetime. My wife and I went up to see them in Anaheim. We don’t miss them when they come to southern California. We just don’t. We pay whatever they want. We pay it and go. And it’s worth every nickel. And it is a mind-blowing experience. And to see, you got to catch yourself saying, “How can a man be 70 years old and move like that?” He still moves like he’s 21. It’s amazing. So it inspires me personally to say, “Well if he’s doing it, I can do it.”

TED:  Why not? You know, he’s not sweating profusely, but the man is singing with a microphone, now albeit, he doesn’t quite hit all the notes like he did, but he is moving like that. And it is extraordinary. And there, his band playing as sharp and as well as they’ve ever played behind him. They don’t miss a note. It’s breathtaking. You walk out of there and it inspires you.

Padres360:  So Denise, what’s this last one you served us? 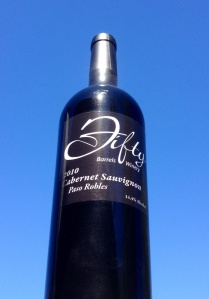 Come on Padres – has it really been 4 years since you’ve invited the Chicken to Petco? 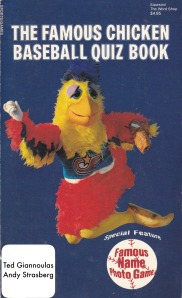 A question from “The Famous Chicken Baseball Quiz Book”

Which batter (of these listed) was hit by a pitch the most times during his career?

Of course, we can’t leave you hanging from last week – here is the question and answer!

Who hit the last home run in Jersey City’s Roosevelt Stadium when it served as the Dodgers’ “home” park for some games in 1956 and 1957?

Answer: Harry Anderson of the Phillies, the date was September 3, 1957 and the losing pitcher was Don Drysdale in a 3-2 Dodger loss.

Be sure to join us next week!