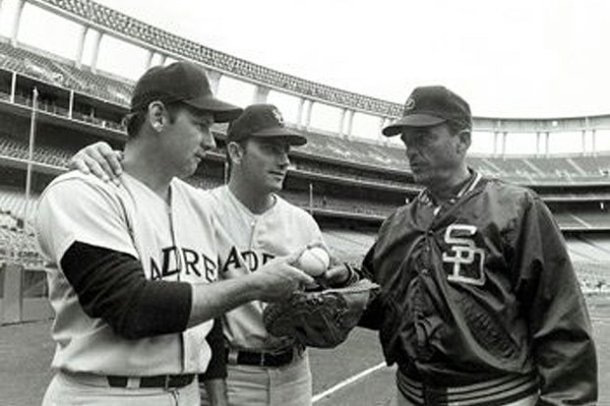 Padres360 includes honoring our past, encouraging our future, and supporting our team. Throwback Thursdays are devoted to honoring our past. We are very honored to share this about Chris Cannizzaro.

Chris Cannizzaro was a catcher on 2 expansion clubs; the 1962 New York Mets and the San Diego Padres in 1969.  In 1969, Chris was the first Padres player ever named to the All-Star team and in 1970 he hit .279.  He was traded during the 1971 season but returned to the Padres in 1974 ending his career here.  We asked Chris some questions about his career.

Padres360 – What was your most memorable moment with the Padres organization?

Chris – For me, putting on the uniform of a major league team was special.

Padres360 – Who was your favorite Padres player on the team during your tenure with the club?

Padres360 – What advice would you have for a new player coming up through the minors today?

Chris – Play every game like it is your last!

Padres360 – What memories do you have of the August 4, 1974 game … Dave Freisleben pitched 13 innings of shutout ball against the Cincinnati Reds?  You caught all 13 innings of that game. 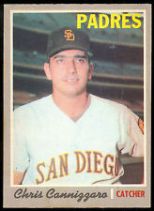 We hope you enjoyed learning more about Chris and what he recalls from his days as a Padre.